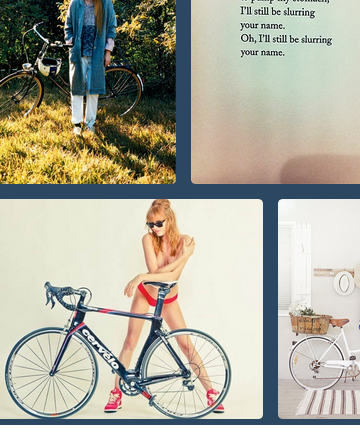 This may come as a surprise, but I do actually try my best to limit the number of women’s cycling related posts I write. Obviously, it’s something I’m incredibly passionate about, but at this stage of the blog, I wouldn’t want to turn away readers by being irrelevant to them.

This post, however, began simmering some months ago, and finally came to fruitation when I heard the phrase again this week.

“Lucky saddle” is a term blokes like to use to degrade a woman who could basically kick their arse on a bike, it makes them feel better about the fact they’ve not taken any exercise in months. If it were to have a dictionary definition, it might sound like this:

“Lucky Saddle: The saddle of a bike ridden by an attractive or athletic woman. For example: ‘Oi, mate, did you see that lucky saddle ride past?’”

I’ve had it shouted from white vans (sorry to stereotype, but if you will live up to it…), roadsides and hillsides plenty of times, but it only made me really angry recently when I heard the leery term directed at my bike twice in the course of a week. I can only assume some stand-up comedian must have cracked a gag because I doubt the speakers had enough intelligence to come up with it independently.

The first time in that week period, the comment took me by surprise. It was by a man drilling a hole in the road, who kindly let me know I was ok to ignore the ‘closed road’ sign being put up, and that it was safe for bikes. Having been perfectly pleasant to my face, as I rode away he shouted his “lucky saddle!” To be honest, that’s barely any different to being lovely to someone’s face then shouting “Fu$k you!” ($ because I know my lovely mother might read this) as they turn to walk away.

Later that week, “Lucky saddle!” came from the window of a van as I rode away from work.  I was actually with a male colleague (perhaps the driver was gay and comment wasn’t even directed at me?). That set the anger-vaults really simmering, because hopefully needless to say, it’s quite embarrassing to be dressed down like that in front of a colleague. What’s even more infuriating is my own reaction of feeling embarrassed when I have nothing to be ashamed of, other than riding a bike.

Let’s take a step back, Mr Highway Man and Van Man, and think about what you’re actually saying, shall we?

You – a middle aged man with a beer gut and a hoard of ugly cronies by your side, are effectively saying you’d like me to sit on your face. That’s it, really, isn’t it?

Now, I don’t know about you, but I’ve always thought that was a pretty intimate action. Bearing in mind you’re likely to be almost the same age as my dad, and clearly not even a tiny bit desirable to me, do you think perhaps it might be a good idea to keep those thoughts inside your head?

Now, it’s clearly not just me enjoying this harassment, becasuse there is even a Twitter feed (and a Facebook page) dedicated to the practice – thankfully, neither have many followers: 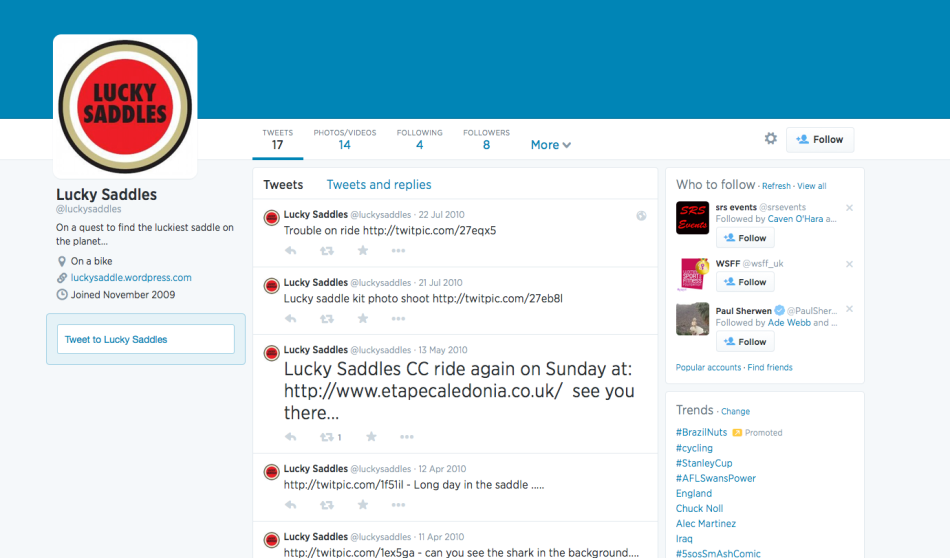 And plenty of women reporting the same comments:

Of course, “lucky saddle” is just a stupid phrase that gets on my nerves, but it’s not an isolated one-off term that stands alone as an example of disrespectful behaviour.

There’s the honking, which, by the way is actually really intimidating and makes me jump out of my skin whenever administered. There is a difference between an angry driver “hooooonnnnkkk!” and a pervy “honk honk”, and it’s usually followed up by some head-out-the-window action.

Then there’s the comments made by the occasional male on a club ride.  I’ll add that those comments are very rare, and it’s almost entirely limited to one individual who thankfully doesn’t dare to insult me anymore, but does continue to pass comment on other women. I’ll also add that almost every bloke in club rides where the idiot has been present has agreed with me that it’s really not ok.

All this is just in my own little sphere, and I’m my no means suggesting that I’m  spending every ride being harassed by unwanted attention, merely that when it does happen it sticks in my head and I find it totally unacceptable.

Outside of my own riding experience, there are plenty more examples of some men being totally incapable of just leaving a woman in lycra alone. There’s the pictures of the Wiggle Honda Team on Wiggle’s Facebook page which receive endless drivel and dribble from imbeciles with no respect. Of course, there are some good comebacks from men who were obviously raised right, and I’m by no means suggesting that all men think making these sorts of passes is ‘ok’, just that it’s sad the minority do:

Then there is all the rubbish I get when I type in “cycling” on Tumblr… I realise this one is more a grey area, soft porn/porn has always existed, and we could argue it till the cows come home, but I’d really rather it didn’t tinge my love of bikes: 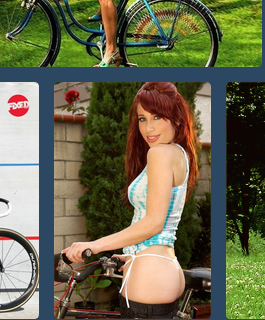 There’s nothing wrong with a man finding a woman on a bike attractive. Personally, I think plenty of men look great in lycra, but I don’t go around commenting on pictures of them with degrading babble, or shout “lucky saddle!” from my car window as they pass by.

I don’t want to appear to criticise men as a whole, only the choice few who engage in this sort of ridicule – because that’s what it is. It’s not a compliment – it’s disregarding all efforts women make to be better, stronger, faster, and turning their achievements into a catwalk show. Let’s stop it now, ok?

2 comments on “Why ‘lucky saddle’ makes me see red”