In short – you can sense the gist of the article from the headline and sub:

Why must cycling companies saddle women with pink? 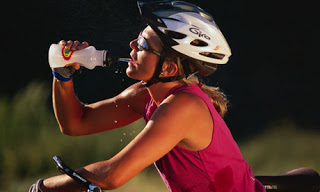 Here is my response. It took quite a lot of thought – actually- it’s a tricky issue.

I have four bikes. Two of them have pink on them, one has a flash of purple, and one is black and blue.

I’m not actually a big fan of pink. One of them came as a replacement for a stolen bike, and I didn’t have a choice. The second bike – a Specialized Dolce Elite 2010 – is mainly black with some white stripes and a subtle purple flash – is more my style.

My very pink bike is my racing bike. My Roo-bee-Roo is a Quintana Roo Dulce TT and she’s got ‘Quintana Roo’ splashed across her body in pink.

I used to have a real issue with women who felt the need to assert their femininity with pink helmets, pink bar tape, pink shoes, pink… everything. I got over that when I got Roo (and maybe I grew out of being completely judgmental, too). Roo-bee was reduced by £500 and I fell in love with the way she seemed to fit my body. Plus – once I’d changed the pink gear and brake cables she was mainly black, and with a disc on she looks pretty damn punk rock

My black and blue race-road bike I chose after test riding about 5 bikes. I wanted carbon and I wanted 105 at least, and I chose the bike because riding it felt like a smashfest explosion to ride. The stealthy black and midnight blue graphics on the Specialized Amira Elite were just a bonus.

I don’t love pink bike gear, and as a result I own a fair amount of black. It seems to me like kit is nearly almost black or pink, with some white creeping in, which I don’t trust myself with at all (I’m incapable of not making white things dirty).  I find myself drifting through the men’s Castelli kit just wishing they made a women’s jersey in that lovely bright blue colour, paired with the women’s bibs that set would look rockin’ with my Meira (the black and blue beauty I mentioned earlier).

I might not like pink kit that much. But you, my dear reader, might love it. Whilst I might favour a Castelli set to go with my road bike (bibs an a long zip, please!) – my best friend might be more into baby blue shorts and a matching jersey from Altura alongside her commuter. Her mate might be more into a hippie inspired swirl of rainbow to go with baggies and massive handlebar-ed BMC downhill bike. And whilst we’re at it – she might work with a woman who just wants to sail along on a shopper with some flowers in the basket.
When we ask “what can we do to cater for women in cycling?” we’re really asking the wrong question. Never does anyone say “how can we cater for men in cycling?”
We ask how to cater for the sportive attacking MAMIL , the downhiller, the road racer. I think there is a fundamental issue with grouping all women in cycling together as one mono-group.
All that said, mostly when I ride I will see at least 5 men for every woman. I can’t say I blame manufacturers for making fewer designs. The more women ride, the more profit they will get from catering for us. And really, business is business, isn’t it?
I don’t think women don’t ride because there isn’t enough kit. Or that they are not assertive on the road because of the colour of the kit that is on offer. Assertiveness comes from within, as does confidence.  In many cases, it just never occurred to them they might love riding a bike. Maybe growing up they weren’t encouraged to go out and get muddy, or they didn’t think they liked going really fast downhill. Those of us who know how amazing it feels to ride a bike need to share the joy. If we all encouraged one female rider, we could double the population.
It makes me really sad to see the Wiggle ad with its solo male rider, surrounded by female masseuse, female podium girls and female carer, without a single female rider. Assos ads just make me feel insulted. I could dwell on my disgust at the role these representations are playing in discouraging women from riding, but it wouldn’t solve much. I’d rather concentrate on establishing an army of female cyclists to counter their hideous depiction of cycling as a hobby for men. 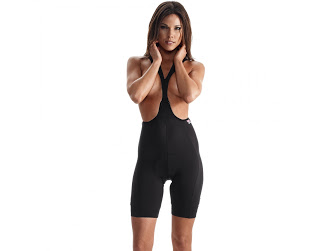 I’d like to see total equality in cycling – I’d love there to be an equal number of races, jersey designs, bikes and groups available so that women could each find a home for themselves in their own cycling clan, meeting and greeting like minded characters of both sexes in equal numbers.
Women have been pushed out of cycling for long enough, and we deserve to be catered for now we’re joining in. We are just as much a diverse group as men, they cycle for just as many reasons, and in just as many styles and I think we deserve an equally wide range of kit. The problem is that at the moment we are few in numbers. Let’s work on that, and let the manufacturers work hard to keep up.